As I'm leading up to releasing Sand and Blood, I'm coming down to only a few questions or decisions that have to be made. Some of them, like drawing a map of the world and identifying where each chapter is located, but those can wait until later.

The questions I have to solve are pretty much down to a single one: the cover. I have two choices of the cover at this point, one created by Matt Davis and the other by me. Both have merits and drawbacks, but I don't have a strong opinion of either (including the one I created). I think they have two very different feels for the story but in the end, what really matters is getting readers to want to pick up the book. So, I'm asking those willing to answer, which one appeals to you the most.

These are thumbnails to the full version. WordPress makes a square so you can't see the bulk of the image. 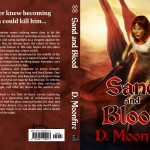 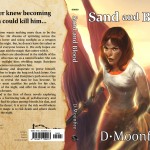 The other import thing is to see only the front cover which is what will show in most bookstores and ebooks. 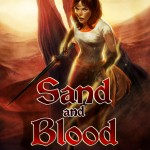 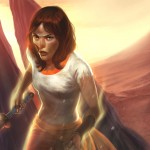 There are many reasons I'm asking for opinions.

So, thank you if you answer, otherwise thank you for reading.